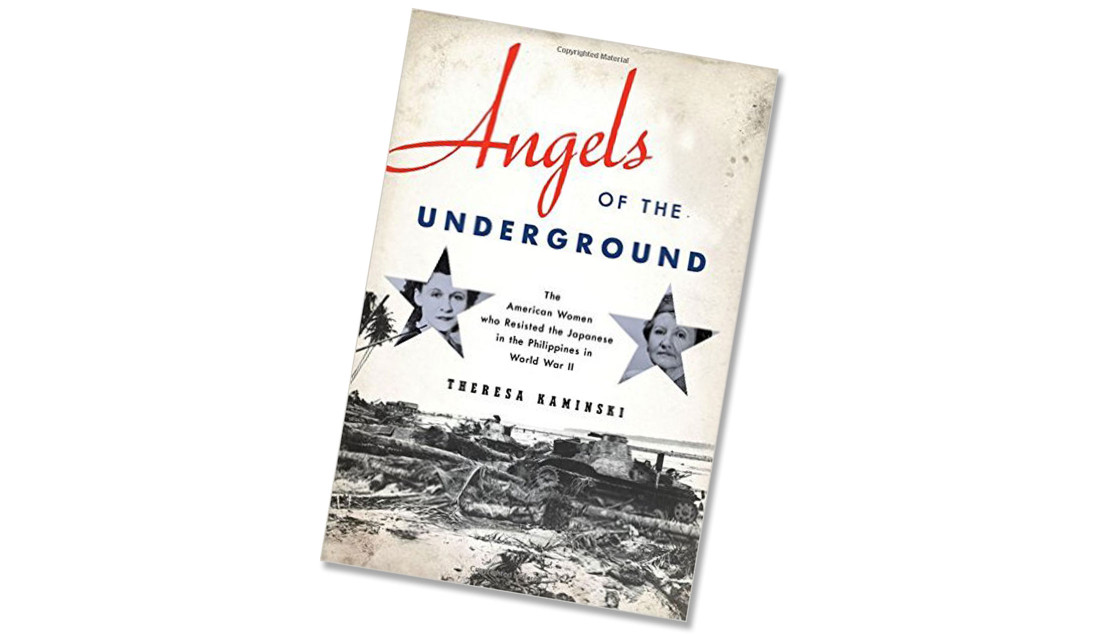 This new book by Theresa Kaminsky looks at the activities of four women in the Japanese occupied Philippines during the Second World War.

Usually when we read of resistance activities during the war we think of those groups in Europe, struggling under Nazi tyranny. It is very refreshing to be reminded that other theatres existed. Short of MacArthur being whisked off the Island to prevent his capture (then wading through the sea on his return), how much do many of us know about the Japanese occupation the Philippines?

Kaminsky follows four women as the Japanese occupy Manila, all of them hold American passports but with luck, and some jiggery pokery, they manage to evade being interned by claiming another nationality.

Life was difficult for those civilians interned, but food and other goods could be passed to them from those free outside. But for those GI’s who survived the surrender, then the “Bataan death march” where thousands would die on the way to captivity, conditions were atrocious.

Peggy Utinsky’s husband, Jack, worked for the Army. He fell back on the Bataan Peninsular with the rest of the army, whilst Peggy stayed on in Manila working as a Red Cross volunteer. She avoided being round up by hiding in her apartment for ten weeks before securing a false Lithuanian identity. Determined to find her husband she managed to get herself assigned to a Red Cross mission sent to Bataan.

Seeing the plight of the Prisoners of War she decided to help. Peggy set up the “Miss U” network, smuggling supplies and cash into the prison camps. It was never enough, and the risks were tremendous. She would be eventually picked up interrogated and beaten. 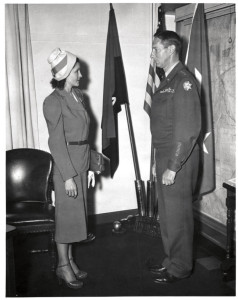 Claire Phillips had traveled to Bataan with her sweetheart John Phillips. As the situation deteriorated he sent her into hiding in the hills. Finding her way back to Manilla, Claire opened the Tsubaki Club.

Frequented by high ranking officials it was a front for gathering information, and raising funds to aid POWs. She was known as “High Pockets”, a nickname given due to her her habit of hiding secrets and money in her bra.

She has subsequently been dubbed the “Manila Mata Hari” due to spying activities, though it would appear some of Claire’s post war claims are questionable.

Gladys Savary had married a Frenchmen, though they had separated, he returned to Europe with the onset of war. She was still in Manilla when it fell. Claiming French citizenship, through her husband, she avoided the round up of American nationals.

The Japanese eventually took over her restaurant but she found ways to help. Working for the Neutral Welfare Committee, organised by the Swedish Consul, they were allowed to provide educational & recreational items for POWs but not food. Gladys organised bean bags to be sent to the troops for their recreation, she had then filled with kidney and mung beans to help supplement their diet.

Yay Panlilio had a Filipino father and a Irish-American mother, a journalist before the war she was approached to help gather intelligence for the US military before the Japanese attack.

Throughout the 1930’s Japanese could be found in increasing numbers on the Islands, under the cover of doing business. When in occupied Manila Yay bumped into Victor Takizawa, she recognised him as one of these pre-war businessmen. In actuality Takizawa was Japanese military intelligence. He asked her to be part of a Japanese run radio station broadcasting to the Philippines, she agreed and for a period managed on air to give coded messages. It was only going to be a matter of time before she was discovered and when it came she fled into the mountains joining a Guerrilla group.

By weaving together these four womens stories we get a glimpse of how dreadful the Japanese occupation of the Philippines was. Each of their activities touched one another, yet it’s incredible they didn’t directly know one another.

Post war all of the them would eventually return to the United States where their stories would seemingly contradict each other, and in Claire Phillips case its a fine line between collaboration and resistance. Claire would sell her story with the film “I was an American spy” based on her book. She also later attempted to re-coup monies she spent in the Philippines from the US government, suing for $146,850!

This is a marvellous account of the wartime Philippines, looking at the four accounts we can see people went up and beyond the call of duty for a common cause, but after war is won and direction is lost how accounts can differ and blur, showing for the historian there is no single de facto narrative.