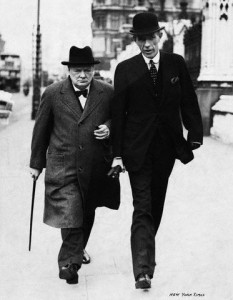 There are many worthy books written about the war, many are not page-turners. In Never Surrender John Kelly navigates through the story of politics, intrigue and war to explain those critical months in 1940 in which Britain decided to stand against Hitler, it’s an unputdownable book.

I have to admit one area I’ve have neglected to look into is how, from the political wilderness of the 1930’s, Winston Churchill managed in 1940 to become Prime Minister. Reading Kelly’s new book I now realise I was remiss in doing so.

Churchill had served his time in Government during the First World War, presided over the debacle of Gallipoli, he’d twice “crossed the floor” (changed sides politically), he was anti-apeasement when the government and the public were very much for every effort to avoid another war. Even when he did eventually become Prime Minister he wasn’t leader of any political party.

But this book is more than just a account of Churchill’s rise, though he is the main protagonist, its the story of how a nation was taken to war. There was no clamour and gnashing of teeth, it was a population that slowly came round to the fact that they would have to fight. Kelly weaves into the story anecdotes from the likes of detective novelist Margery Allingham, and has mined the archives of “mass observation” (a British social research organisation that would record the mood at the time by keeping diaries and noting other peoples conversations). We really get a feeling of the public mood helping to explain when the government was leading, and when it was being lead by the public. 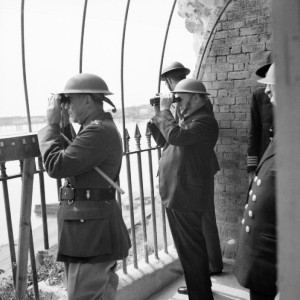 Winston Churchill at Dover Castle, August 1940. Enemy air attacks were in progress at the time, and two German bombers were seen to crash into the sea.

“For the first time there is a real clear doubt about whether we have not underestimated [Hitler] and overestimated ourselves…if this skepticism continues and expands  as it is now, a really difficult problem for leadership will be produced.” From Mass Observation after the Norway campaign of 1940.

Far from this being a story of the political machinations which brought Churchill to power, its a story of how a country came to the realisation it was going to fight a war, and how one man rose to the top to be the only man to lead the country. Its an incredible story, brilliantly told. There is enough context to understand the situation at the time, but not so much as you lose the narrative.

“Hitler has given Chamberlain the double cross… [And] it looks like war,” William Shirer, the CBS correspondent in Berlin.

I very much enjoyed this book, any WWII buff would be happy to read this. Its fresh, and though you may know the story from 1939  to the Battle of Britain in 1940 I’m sure there will be lots in this to pique you’re interest.