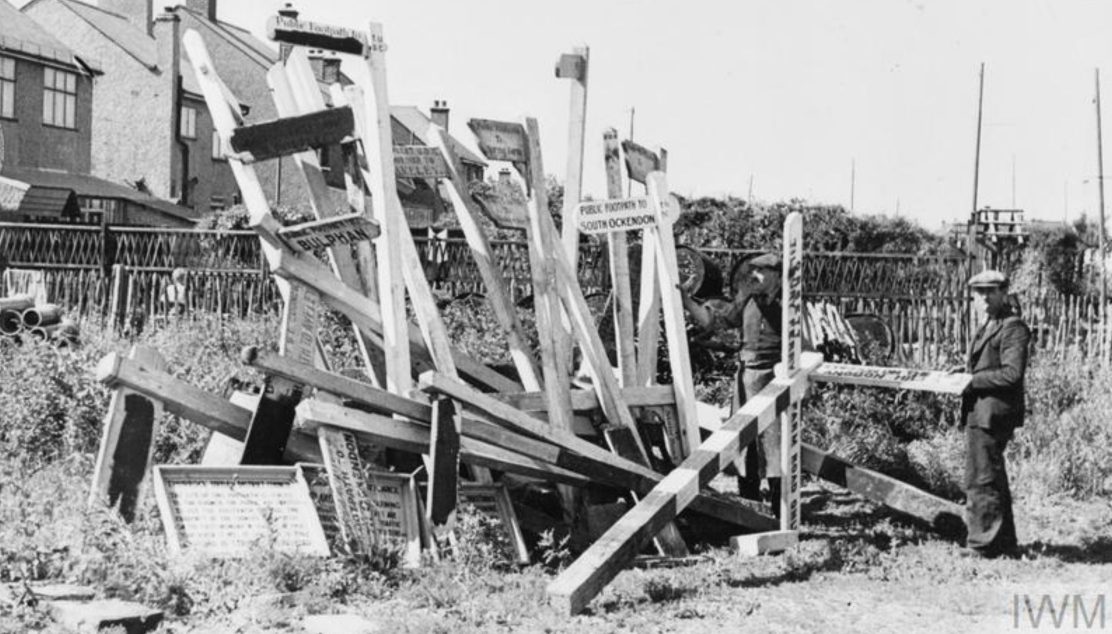 I was reading the British Journal for Military History and an article caught my eye titled The Psychological Impact of Airborne Warfare & the British Response to the Airborne Threat by Dr Tim Jenkins.

In 1940 the Germans achieved stunning successes with the use of airborne troops, the Fallschirmjäger.  The first recorded attack by parachutists was in Denmark against the fortress at  Masnedø. The reputed impregnable fortress at Eben Emael in Belgium would surrender to just 78 German airborne troops who had landed on top in Gliders.

Traditionally Britain was safe beyond the English Channel, protected by the Royal Navy, this new threat from the air caught the public imagination. There was a clamour in the press, questions were raised in Parliament… What to do?

The result would be thousands of sign posts removed to confuse enemy parachutists, golf course would be ploughed up to prevent glider landings and of course the Home Guard would be formed.

It’s a brilliant article and I suggest you give it a read, you can find it here. Tim agreed to come on the podcast and have a chat.