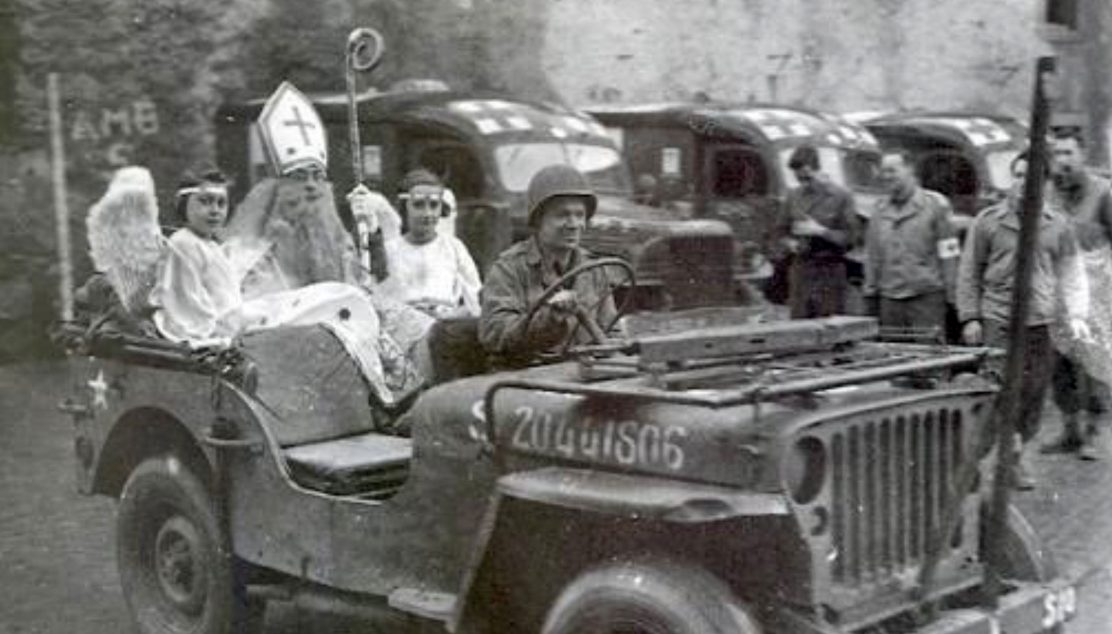 With the holiday season upon us I’ve a festive episode for you.

The US 28th Infantry Division landed in France in July of 1944. After fighting through the Bocage, and taking part in the parade through Paris to mark its liberation, they were sent to the Hürtgen Forest.

Badly shot up they we’re withdrawn and sent to a small town in Luxembourg called Wiltz.