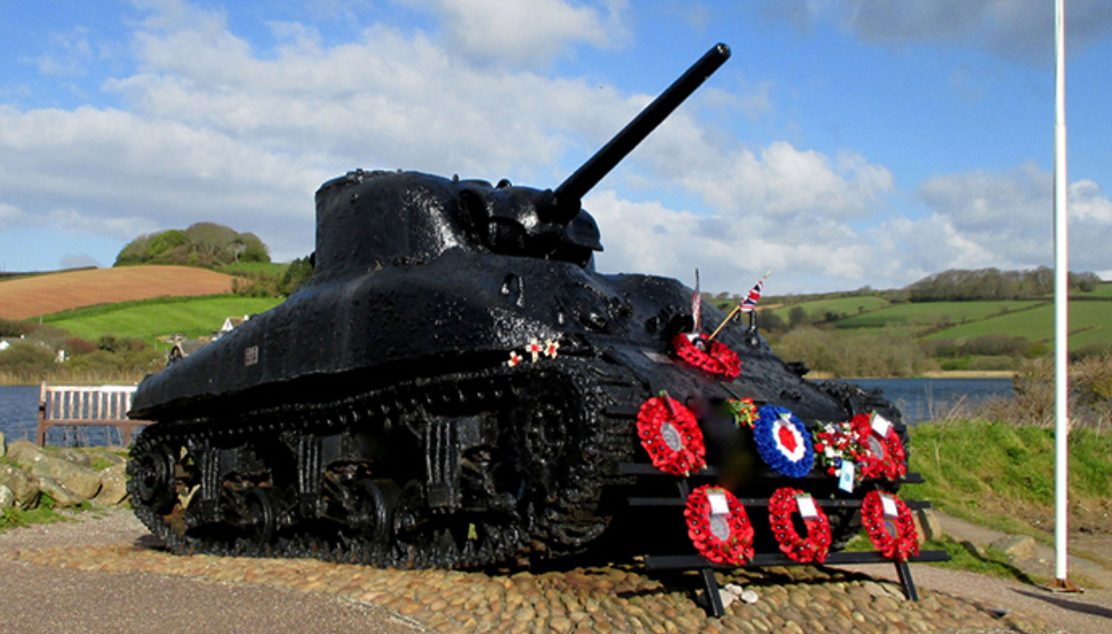 ‘On a dark night in 1944, a beautiful stretch of the Devon coast became the scene of desperate horror. Tales began to leak out of night-time explosions and seaborne activity. This was practice for Exercise Tiger, the main rehearsal for the Utah Beach landings…’

This is very much an episode in two halves, I start by looking at the disastrous Exercise Tiger which took place in April 1944, at Lyme Bay and Slapton Sands in Devon. Then move on to talk about a Sherman tank!

The Forgotten Dead: The true story of Exercise Tiger, the disastrous rehearsal for D-Day

Dean’s father Ken did much to rediscover those event in April 1944, and create a memorial to those who lost their lives. He wrote the book The Forgotten Dead: The true story of Exercise Tiger, the disastrous rehearsal for D-Day

You can find out more about the exercise on Dean’s website Exercise Tiger Memorial.